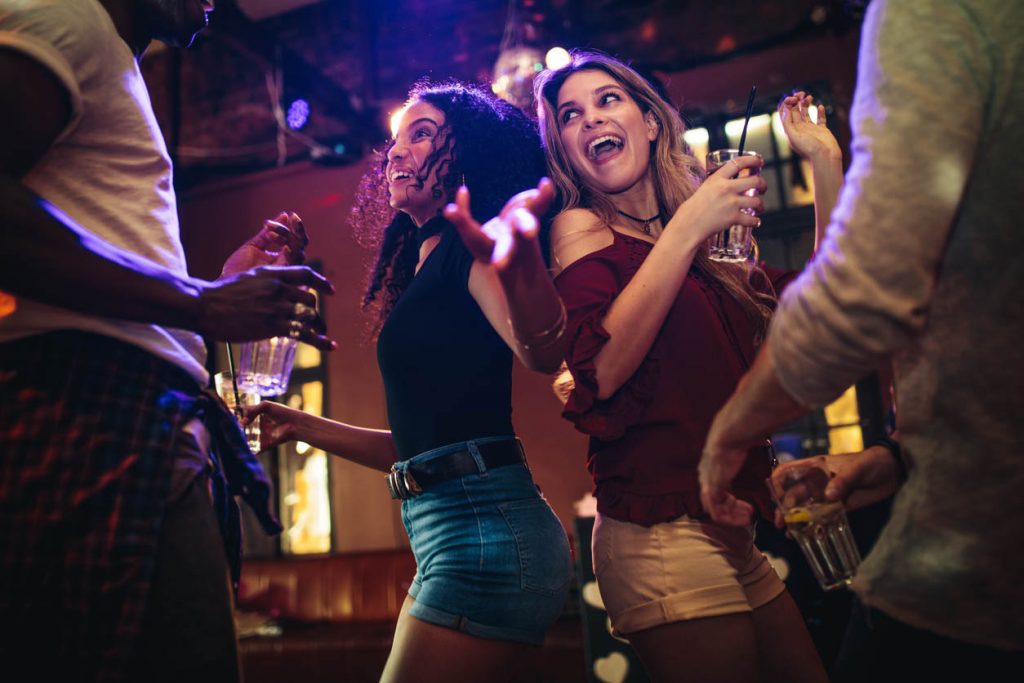 Last year I released a new edition of The Best Of Roosh: Volume 1, a compilation of 87 articles I published between 2006 and 2013, during the stretch of time I was most committed to a lifestyle of fornication. While re-editing these articles in 2019, I noticed eight blindspots, flaws, and rationalizations that allowed me to perform behaviors that were causing me great self-harm. Here they are…

1. I was frustrated and full of angst 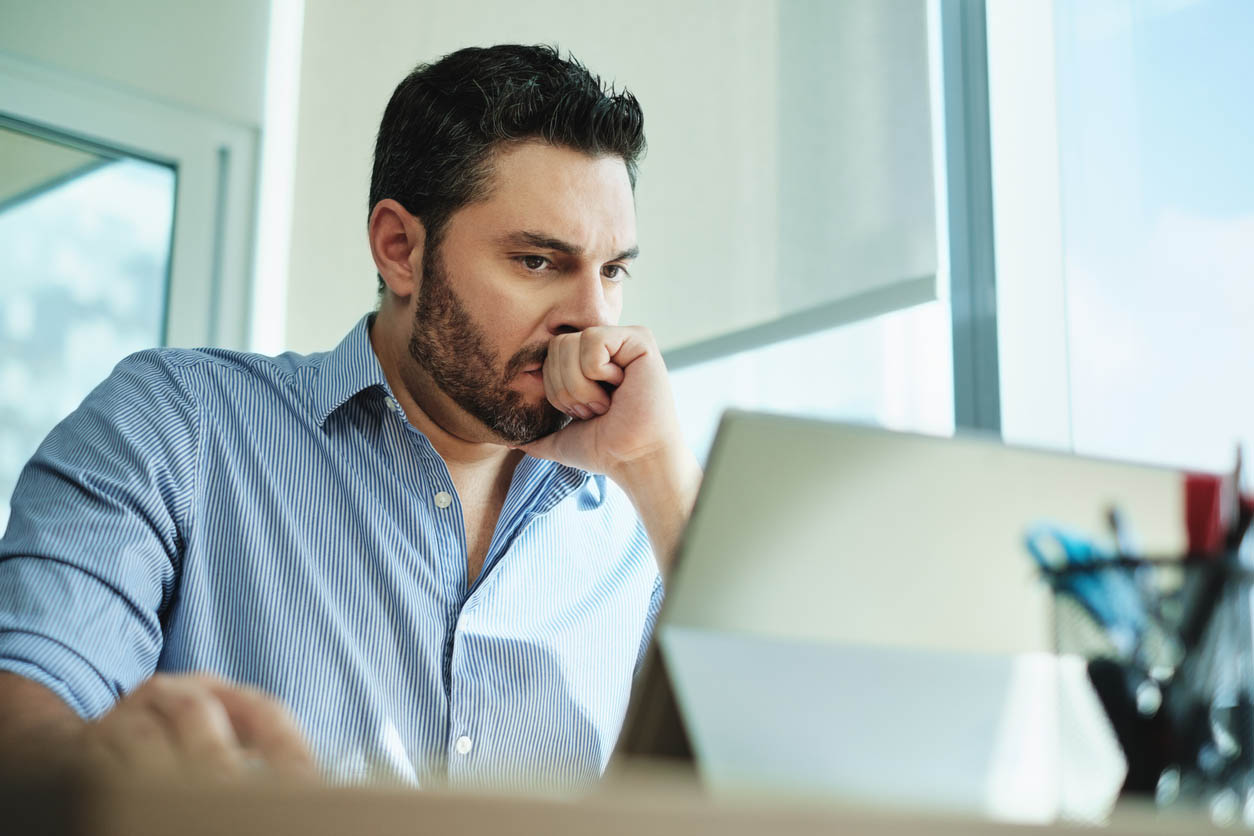 I’m struck by how angry I was, not only at women but also at “beta males” for valuing women beyond the sexual. Where did this anger come from? Why was I was so mean during the time I was extracting the most from the world (in terms of sex and novelty)?

Second, I simply wasn’t receiving joy from my efforts, regardless of the quantity or quality of women I was sleeping with. My ego was being rewarded, and I was also earning money from the sex guides I was writing, which allowed me to continue funding my worldwide fornication efforts, but none of it was leading to contentment. It was not even leading to short-term contentment because I was adapting to casual sex as time went on. The first time you try coffee, you feel a noticeable energy boost, but if you drink coffee daily, you long ago stopped feeling the kick, and instead drink it to avoid a negative (fatigue). I was engaging in casual sex simply to avoid a negative, of feeling like a “loser” or experiencing pleasure withdrawal, instead of gaining a positive. 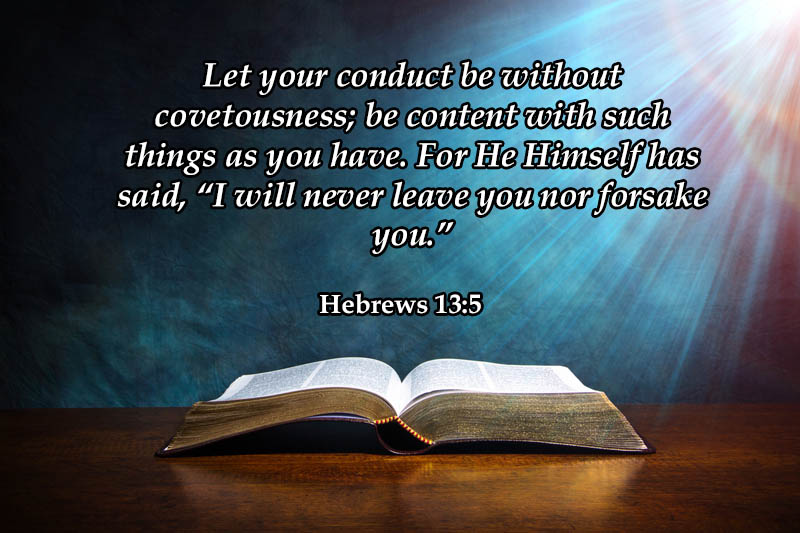 When someone is born, God ensures that they receive as much food, shelter, and material comfort as necessary for their salvation, as long as they follow His rules. I didn’t know about His rules nor did I care to find out. Instead, I wanted to throw away the generous plate of food set before me at the dinner table for the plates of other men. I wanted their notch counts and caliber of women, their travel experiences, their fame, and their passive internet income, and then when I got all of that, I thought I would be able to see myself as a superior man, when in actuality my “gains” were losses. When I did make it in the material sense, I saw myself as some kind of lion, the king of the jungle, when I was just one of numerous hyena chewing on a leftover corpse.

I was also extractive. I wanted to remove value from the world at the same time I attacked others for being extractive themselves. I would try to use a woman’s body for sex and then whine like a baby if she used me for a $10 cocktail. I would erupt in anger if a woman dared to have a 30-minute conversation with me when she didn’t have any intention of giving sex. I now sit at the dinner table and bless the food that is intended for me. I do not look at what is on the plates of other men.

3. I made a false idol out of the vagina 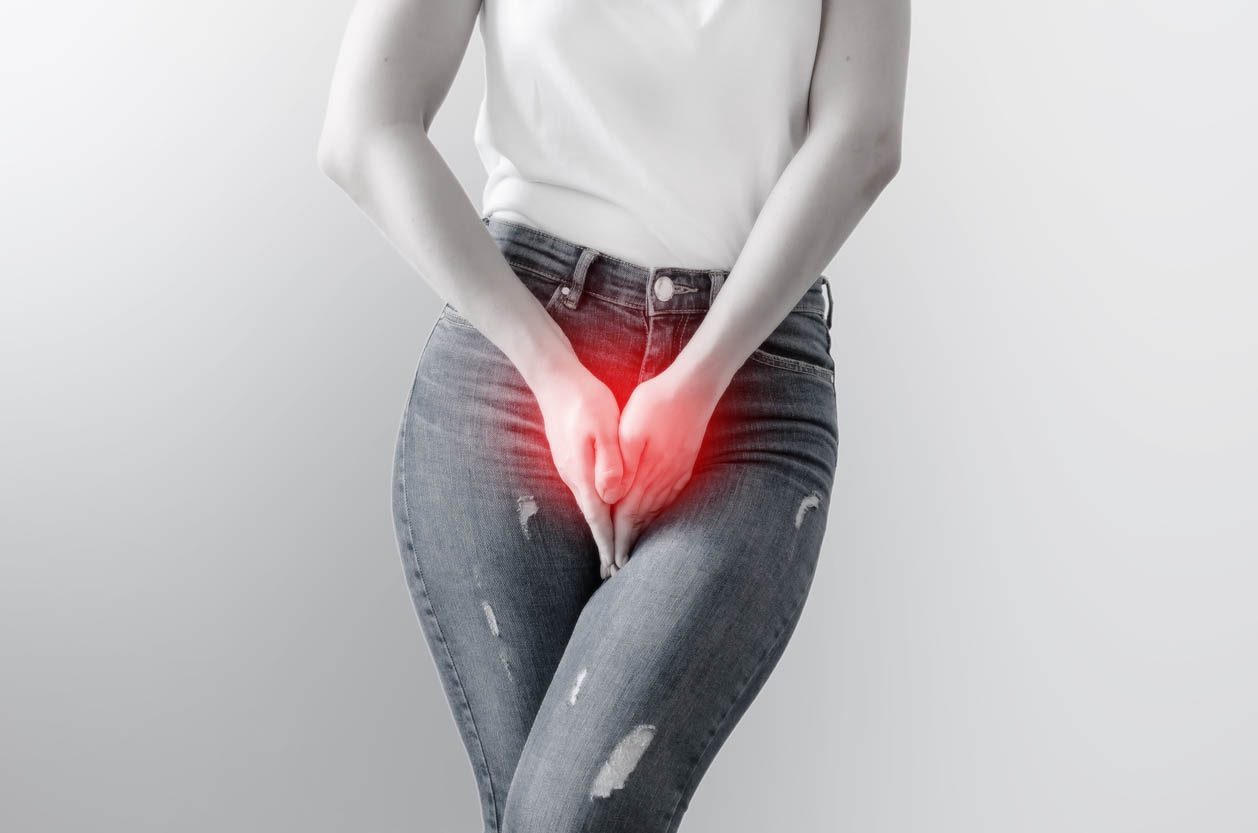 The vagina was my god. I uprooted myself from my family, traveled around the world, and shaped my inner being to access as much of it as I could, all to feel its pleasure and validation. I am embarrassed to admit how many thousands of hours I wasted pursuing the female flesh, with barely any consideration of the human attached to it. One only needs to look at a listing of the books I unpublished to see how heavily I worshipped the vagina.

Ironically, I thought I was a master of the vagina. Through my game, I believed that I was a modern hypnotist, a keymaster of the flesh. Instead, I was its slave. I toiled ceaselessly for a few minutes of genital rubbing, and since that was hardly commensurate to the effort I was expending, I became a fornication guru to sweeten the deal. All that wasted time, lost forever.

I would receive a lot of comments during this time that said I was a “pussy beggar” or “desperate.” While many of these comments were uttered in ill will, there was some truth to them. I didn’t beg with my hand out, but I begged through my dedication of time and mental energy.

4. I thought fornication was “evolutionary” 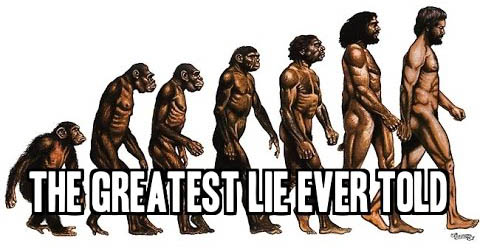 No matter how immoral your behavior is, you still need to find a justification so you can look at the mirror and see yourself as a “good” person. Therefore, you must lie to yourself. I rationalized that my grotesque behavior was actually evolutionary because I intended to spread my seed far and wide and impregnate countless women. There was only one problem with that justification: I wasn’t impregnating any women.

There are men who have only slept with one woman, and have created a big family with her. I have slept with countless more, and have impregnated none. Even if the theory of evolution to create new species was the truth, which it is not, I still failed. Instead, I ejaculated into latex condoms and sterile women on birth control, and I remember at least two women who took the morning-after pill after having sex with me. Paradoxically, when you are fornicating with bad women, the last thing you wish for is impregnation, and I’ve lost count how many friends came to me in a panic that they may have done so.

Even if a man is impregnating multiple women, how will he raise all those children? It’s clear he won’t, and because those children do not have a father in the home, they will end up as criminals, sodomites, or drug addicts of the future. They will participate in the same kind of immoral behavior that their absent father did with the mother.

5. I thought fornication was the end-all-be-all of male existence

Whatever you lacked in boyhood or early adolescence will become your idol later in life. If you grew up poor, you go on to cherish money. If you were a late bloomer like me who received practically no sexual attention as a teenager, you go on to cherish sex. In my case, I thought there could be no higher achievement or experience than sex, and that it was an even greater good than love. Once I clearly felt the downsides from my pursuit of sex, and it took my entire adult life for that to happen, the spell was lifted and I came to see sex with a woman I didn’t care for as a step below masturbation because of the drama it inevitably caused.

It turns out that pursuing sex so vigorously was actually the source of my problems instead of the solution. My anger, frustration, malaise, and existential dread bloomed from my sexual activities. Those problems are now almost entirely gone. It tends to be the case that the behavior we think will solve our problems actually creates more problems.

6. I thought I was right 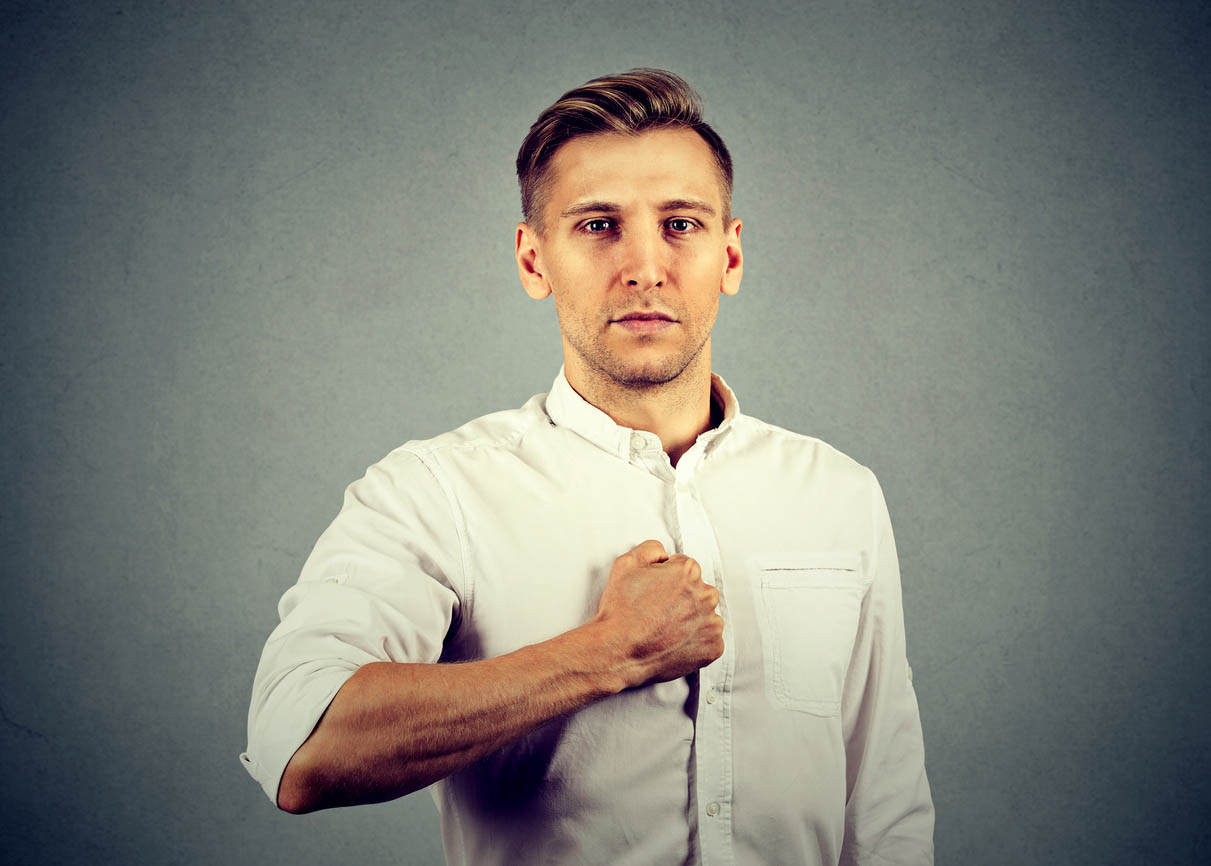 I was so sure of my conclusions. There was little doubt that fornication was the correct path, and anyone who disagreed with me was either jealous, sleeping with ugly girls, or deeply misguided. People who said that my behavior was immoral or sinful wished that they could sleep with European babes like me. The men who were stuck in their boring hometowns were not strong enough to uproot themselves, travel the world, and learn foreign languages like me.

How could I have been so certain of behaviors that I now see as wrong? Because I ignored the teachings of holy men before me, I ignored my conscience, and I believed the lies and deceptions that entered my mind.

The fact that I was so wrong, when I was certain I was right, has made it impossible to trust myself today. If the behavior I’m about to embark on does not glorify God, either directly or indirectly, or is not clearly His will, there’s a chance it’s part of Satan’s plan to corrupt me and those around me.

7. I thought that things in the physical world could make me happy 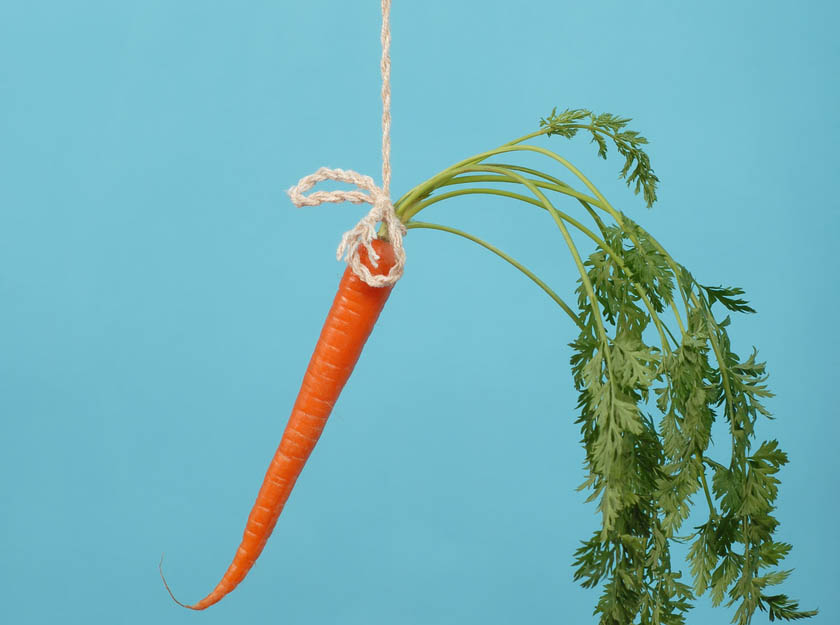 I believed that I could be a happier person from accumulating material. More sex, more money, more fame, and more status would elevate my base level of happiness, but that didn’t happen. Because my lifestyle was the disease, the opposite occurred. More bangs meant more feelings of meaninglessness. More money meant more anxiety from losing it, or anxiety from not using it in a way that increased my stature. More fame and status meant more fear of losing my level of popularity, attention, or worldly respect.

I can’t stress how every attempt to solve a life problem had the opposite intended effect, and from all that materialistic chasing, the only two things that have made life worth living in the present is the love of my family and my relationship with God. Anything else I’ve pursued was an empty distraction.

8. I listened to hip-hop music to help me get in the sex mood

In my older writing, I used a lot of slang that is more commonly used in urban America. I had listened to hip hop music and came to believe in the message that sex and money were the most logical goals for a man to pursue. In fact, to get me pumped up for a night of pursuing fornication, I would listen to hip hop songs such as this one:

The purpose of this song is to glorify sin, and I find it difficult to watch today because of the nonstop Satanic imagery. I eventually moved on to music with a more broody style from the likes of The Weeknd, which valued women, drugs, and fame above all else. I now see hip hop music as a means to convince men that having no self-control over their lust is somehow masculine.

Last year I was hesitant to put out a new edition of The Best Of Roosh: Volume 1 because of how vulgar it was, but I had gotten so used to ignoring my conscience that I proceeded. I should have listened to it, because six months later I ended up unpublishing the book anyway. I no longer recognize the man who wrote all those words. Nonetheless of what I’ve done in the past, it served a purpose to get me to the present, and for that I am grateful.

I’m white and I want my reparations, too

“Oh what the heck, let’s get married and have a son named Erick No big deal, no sweat I was in for a big surprise And when I saw the judge hammer pass my green […] The post Kobe Bryant, Black Women & SYSBM appeared first on Negromanosphere. Source link

Intrinsic versus Extrinsic values – What makes you happy

Introduction It’s not all thots, game and paper here on Negromanosphere. Sometimes, we like to tackle some bigger themes, some subjects that call for deep thinking and a look at your future – the long […] The post Intrinsic versus Extrinsic values – What makes you happy appeared first on Negromanosphere. Source link