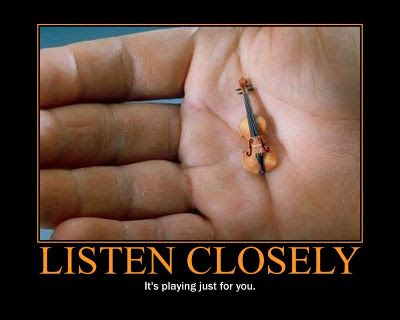 Commenter Mik left the following on my last post:

“Normally your blog address autocompletes or shows up in the first few results.

But this week you have been hidden to the 2nd page of search results with no autocomplete.

Long time reader and most favored commenter of all time, Anonymous, concurred:

“Mik is correct, could not find your blog via google search for the same reason. Duckduckgo does result in your site at the top under “Hawaiian Libertarian”, I was afraid this site got shoahed.”

“Yes! I too struggled to find your blog when I searched google.”

My friends, the situation is much more dire than that. I’m at wits end and have nowhere else to turn, as I don’t now how I’ll be able to pull through my current predicament. The suppression of my virtual webpage rankings is pure oppression! But it’s worse than that…much worse.

You see, not only has my Googliath rankings plummeted like a millstone around a pedos neck cast into the sea, but old pages from libtards and trollfarms on teh Interwebz that were dedicated to pillorying this squalid outpost in the fever swamps of conspiritard-land have also been pushed forward and highlighted as top ranking results on the first page of my Googliath search results.

All of a sudden on my stat counter page, I’m seeing sporadic visits from those old features on this blog, and I’m overcome with a crippling wave of nostalgia.

I miss all the attention I used to get when the mandrosphere was in it’s heyday and I had a level of notoriety that invited critiques from internet luminaries found at bastions of towering intellects like Kiwi Farms. They are so important and influential, they got their own entries into teh Interwebz most prestigious encyclopedia. 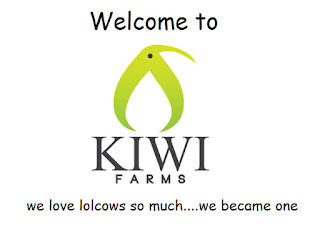 Following that old linkage referrals, I found out to my surprise that back in 2016, this prestigious forum identified the proprietor of this blog as a Lolcow. What the hell is that?

“Lolcows are people and groups whose eccentric or foolish behavior can be “milked” for amusement and laughs.” 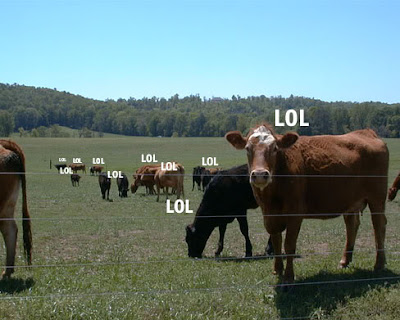 When I first followed the link and discovered this forum, I was overcome with a feeling of warmth that only comes with recognizing a new group of people who appear to have taken my blogging efforts to heart…

“Ah yes, Keoni Galt, whose greatest fear in life is non-organic food, and who tried to talk a friend of mine into going paleo/low-carb during her pregnancy. (Thank God the people who care about her stopped that before it got started.) He’s paranoid as all hell, and there’s nothing he won’t politicize.” 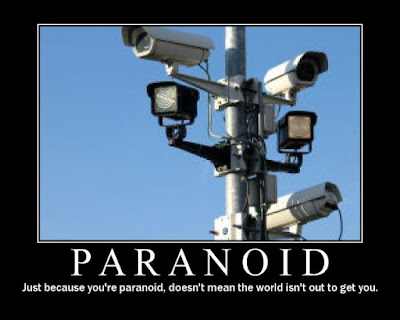 Despite the insults, I must express appreciation for the kiwifarmer that nominated me for a Lolcow, because he finished up with a ringing endorsement of the blog:

“He writes this badly all the time on his blog. That is just scratching the surface of his madness.”

This guy gets it! Thanks to Kiwifarmers, I can finally understand and appreciate why normal, sane people object to all of my bad writing that barely scratches the surface of my madness. Some of those other kiwifarmers, however, failed to give me my just due and questioned my moral certitude:

“…it’s kind of odd that he says you surrender your right to reason when you force someone to act against his will, and yet he owns guns. I guess killing a trespasser is morally better than asking him to leave or else.”

I’m trying to figure out the train of logic here….by owning guns, I force someone to act against his will? Asking a trespasser to leave is morally better? I’m confused….oh wait, another kiwifarmer clarified:

“He doesn’t bluntly state or show he owns fire arms, being a doomsday whiner I wouldn’t rule out he’s the hugest of faggots, the 22lr hoarder who’s no gunz. God damn it I hate them so much.”

This hateful homophobia is so hurtful! I can’t even! Now I have to desperately seek out a safespace to gather myself together and try to bolster up my self-esteem so I can try and carry on…

Sadly, I’m not the only one who’s been attacked by the hateful homophobes at Kiwifarms… 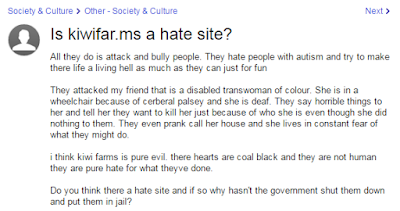 Clearly this person is mistaken. A hateful, transphobic racist promoting site like Kiwifarms would never receive boosted Googliath rankings in this currently enlightened age…this is 2019!

When I got to the final entry on my Lolcow thread, I discovered that I’m still good for the lulz afterall…even though the kiwifarmer who apparently nominated me for Lolcow status is no longer around their forum, my blogging still gives him legit cred for such productive Lolcow farming:

“@chimpburgers may be gone from us, but the cows he brought to us are still going strong. Mr. Galt posted this earlier this month ranting about the differences between “food” and “feed” (hint: anything that is fattening and thus, triggering to him, he calls “feed”)”

It’s called food magic, and it most definitely triggers me! Given the Kiwifarmer’s linkage as proof of my Lolcow status, I quickly re-read the post she linked to in order to find out where I defined feed as “…anything fattening and thus, triggering:”

Food is grown, raised, harvested and processed — and if not consumed while fresh — preserved in as natural and organic a state as possible to keep most of it’s nutritious and nourishing qualities intact.

Feed is mass produced by a few large multinational corporations using bio-technological innovations to quickly and efficiently manufacture product units ready for global distribution and a near infinite shelf life.

Clearly this fattening feed that triggers me is evidence of my paranoia…I can’t even!

…when I followed the other older link that enjoyed heightened Googliath rankings when searching for this blog URL found a link to an old page at the website of a person who is no stranger to the denizens of the Mandrosphere:

I forgot this guy dedicated an article (Hawaiian Libertarian: “Misogyny is the key to male liberation from blue pill delusions.”) to myself back in 2012! Surely such an old article deserves the highest rankings when searching for the latest from a blogger 7 years later…

But my bemusement was short lived. The manboobz mammoth hunter has also had his good name attacked and smeared by the Kiwifarmers! His Lolcow title? David “Proud Cuck” Futrelle – Owner of “We Hunted The Mammoth” and Supreme White Knight”

Proof indeed that Kiwifarmers are part of a hate site that should be shutdown and thrown in jail by FedGov! Just look at the hateful, hurtful bigotry they subject him to:

Why did he change the name of his site? Was “Manboobz” considered “body-shaming”?

“Oh, I’ve read that blog a couple times. I could have sworn the owner was a stereotypical fat feminist lesbian, though I guess I wasn’t that far off.”

“He also runs this increadibly dumb tumblr: {link redacted} Pretty much just there to mock women who aren’t drinking 3rd wave koolaid while both failing to be funny and failing to see the irony of shitting on women being ok when he does it.”

“Weird how these freaks always have history of defending child pornography. Actually, not weird at all, hopefully this fat fuck has his CP stash found and is sent to rot in jail.”

“Futrelle has made himself an expert on the “manosphere”” such an achievement!”

“And, still, Futrelle looks less likable than the people he writes about. Imagine that.”

“I think it’s safe to say Dave himself has never been on a date before. The only women I imagine he’d ever have a chance of dating are literal whales, certainly not any decently attractive girls.”

Wow, the Kiwifarmers let me off pretty easy in comparison! I wonder if searches for Futrelle’s website on Googliath turn up Kiwifarms Lolcow thread in the top rankings like it does for mine?

I guess not all Lolcows are equal, some are more equal than others.

All Isms Are Schisms

This post has been in my Draft folder for years. Reading the following comment from Vox Popoli regular Azure Amaranthine today, inspired me to finish it up and finally get it posted: What measure is an ism? The moment it passes from service to God and fellow man to emerge as the object in itself, […]

As despicable as it seems, some people make their living taking advantage of financially vulnerable members of society. If you think your high credit score renders you invulnerable to the machinations of these individuals, think again. Spotting predatory car loans is just as critical for the well heeled as it is for those who are […]

LOOK AT ALL THIS BEAUTIFUL GREEN GRASS

So on Wednesday, they laid down another layer of well worn, shoddy and rotting astroturf, to set the grounds for our eventual disarmament. From March 17, 2018 Honolulu Star-Advertiser’s front page (you can’t view back issues online without a paid subscription, so I quote from hard copy fishwrap): “Thousands of students at campuses across Hawaii […]