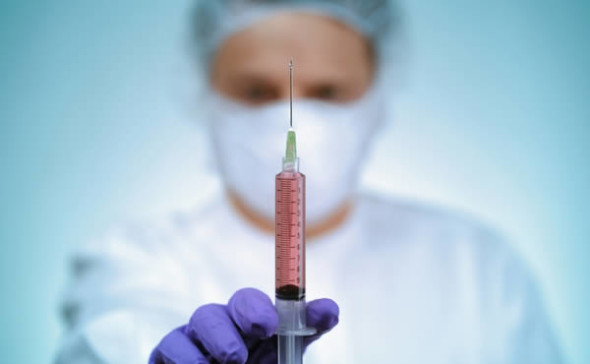 “But you said you think it was a nail that cut you open…do you have any idea what tetanus lockjaw does to you? I’ve seen it, and it is terrible. There is no cure! I’m NOT letting you leave here without a tetanus shot.”

“I will clean the cut out with povidine-iodine three times a day, I’ve had worse wounds than this. Besides, I had a tetanus shot within the last decade.”

“Looking at your medical records right here, you haven’t had one in twelve years. If you don’t think you need it, than why did you come here?”

“Well, I thought I may have needed stitches, and I wanted to make sure the tendon had not been damaged.”

“Ok….I still say you need a tetanus shot. You can still clean it every day with the Povidine surgical scrub, and in fact that is a good idea…but the tetanus may already be in your blood stream. You HAVE to get this shot! Of course I can’t force you, but I’m telling you, you really should get the tetanus shot! Trust me, lockjaw is nothing to fool around with!”

“Perfect. I’ll send the nurse in with it in a few minutes.”

Letting the emergency room Doctor break down my resolve and convince me I needed the shot was a decision I would soon regret for months to come.

In my state of surrender and submission to his dogged insistence, I blithely signed the permission form in abject defeat without reading it, then gritted my teeth and let the nurse stick me with the vial of what I thought was just a tetanus shot.

Only after she withdrew the needle and bandaged the injection wound, did I bother to look down and read the release form I had signed just prior to the inoculation.

“Wait a minute…this isn’t a Tetanus shot, it’s the DTaP Vaccine?!!?” Why did I have to get the vaccine for Diptheria and Pertussis too?”

“They don’t make a single Tetanus shot anymore. Besides, now your inoculated against Pertussis…you do know that it’s been going around lately, don’t you?”

Had I known you were giving me the DTaP vaccine, I would not have let you give me the shot!”

“You signed the release form where it clearly states you are receiving the DTaP, sir. It’s too late now…”

The nurse rolled her eyes at me and stalked out of the treatment room with an air of contempt.

“Ah well, what’s done is done,” I thought to myself as I left the hospital.

If only I got off that easy.

I spent the next two months suffering from an immune system that had gone haywire from the triple-dose vaccination. Every little potential allergen I encountered would cause severe reactions from an uncontrollable runny nose and puffy, watery eyes, to incessant asthmatic episodes causing me to go through my medication like candy.

Prior to the injury that lead me to submitting to the Pharmaceutical-Healthcare-Industrial-Complexes inoculation protocol, I had largely brought my lifetime conditions of allergies and asthma under control through careful, mindful eating of real food,and a vigilant routine of keeping my domicile as clean as possible.

In the past five years, an asthma rescue inhaler would last me six to eight months. I rarely had to use it…perhaps a dose or two once a week or so. Prior to the lifestyle changes I embarked upon since joining the Paleo-tard Cult, I had to use the damn thing about three to four times a day. 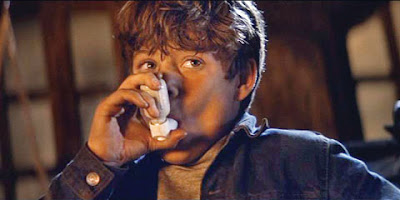 After getting vaxxed, I was using it six to eight times a day, just to keep breathing clearly. I also went through cases of kleenex dealing with incessant allergy attacks. A whiff of a strangers perfume or cologne…some errant auto exhaust, or the tendrils of cigarette smoke were all it took to trigger an asthma and/or allergy episode. Just the dust kicked up from scooping my chicken feed from the bin was enough to trigger an allergic event that had me scrambling for my rescue inhaler.

In addition to my hyper-sensitivity to allergens, I also contracted two different head/chest colds that had the latter episode turn into a case of bronchitis, as well as a bout of stomach flu. These are things that I have not experienced in years, prior to getting that damnable injection.

Which of course led me to once again donning my tin foil-constructed Conspiritard cap and log on to teh Interwebz and do some research. This time I went far more in-depth on the topic of vaccinations than I had before…and what I found was indeed mind bending.

When I first joined the Paleo-tard Cult, I noted the following:

We are a CONSPIRACY Cult, because many of our tenets and proscriptions are based on the realization that there does in fact exist entities and organizations that are in fact profiting off of making sure the average person eats the wrong foods and suffers the ill effects so that they can make themselves rich selling you pharmaceutical treatments that alleviate or mitigate the symptoms for those conditions. These entities are in the Government, the media and the educational institutions, as well as various industries.

What I think I’ve discoverd goes far beyond that initial supposition I had back then.

So first things first, I research the DTaP vaccine. What I found was positively infuriating. Before I even went to the conspiratorial outposts of the lunatic fringes of teh Interwebz, I looked at the holy grail of Science — The Institute of Manufactured Consensus — a.k.a. Pub-Med, and found a rather illuminating abstract on the topic:

Effects of diphtheria-tetanus-pertussis or tetanus vaccination on allergies and allergy- related respiratory symptoms among children and adolescents in the United States.

Findings from animal and human studies confirm that diphtheria and tetanus toxoids and pertussis (DTP) and tetanus vaccinations induce allergic responses; associations between childhood vaccinations and subsequent allergies have been reported recently.

The association of DTP or tetanus vaccination with allergies and allergy-related respiratory symptoms among children and adolescents in the United States was assessed.

Data were used from the Third National Health and Nutrition Examination Survey on infants aged 2 months through adolescents aged 16 years. DTP or tetanus vaccination, lifetime allergy history, and allergy symptoms in the past 12 months were based on parental or guardian recall. Logistic regression modeling was performed to estimate the effects of DTP or tetanus vaccination on each allergy.

DTP or tetanus vaccination appears to increase the risk of allergies and related respiratory symptoms in children and adolescents. Although it is unlikely that these results are entirely because of any sources of bias, the small number of unvaccinated subjects and the study design limit our ability to make firm causal inferences about the true magnitude of effect.

Reading this brought back a jarring memory. I have always told everyone that I have had a “lifetime” of asthma and allergies. That I was born with it.

Only I wasn’t. It only seems like it because I’ve been suffering with the affliction for almost four decades. But what I had forgotten…and now remember quite clearly, was my first real asthma attack that required an emergency room visit. I had been running around at recess playing kickball with my classmates when I was in the Fourth Grade while attending my local public school, and after taking my seat at the start of the next class period, I realized I was wheezing and had an acute shortness of breath. I had to go to the school Nurses office and my Mother had to come and pick me up and take me to the emergency room. After receiving an albuterol updraft treatment, I was given my first prescription asthma rescue inhaler.

This memory coincides with another one I had from that same time period. Just prior to that first asthmatic event, I had stepped on a nail when my friends and I were playing at a construction site near our neighborhood. My Mother took me to the hospital where I received a tetanus shot. I know my memory as far as my age is not suspect on this, because one of the things my Mother gave me when I became an adult and moved out on my own, was my immunization records that I still have in my safe with all my other legal documents. I checked before writing this….and sure enough, the date of my tetanus shot coincides with my time in the fourth grade…i.e. I was nine years old at the time.

“DTP or tetanus vaccination appears to increase the risk of allergies and related respiratory symptoms in children and adolescents.”

The realization hit me like a lightning bolt. All of the suffering, middle-of-the-night emergency room visits, all of the drop-outs from events and activities because of my “condition” as a kid. The several hospitalizations I’ve endured when the rescue inhaler was not enough to stop the attacks. The endless experiments with a multitude of medications with a wide array of side effects, some unpleasant and others downright debilitating; all of it, most likely caused by that vaccination I initially received when I stepped on a nail as a little boy.

Over thirty years later, after getting vaxxed again, and suffering the auto-immune responses for months after, I for one am thoroughly convinced.  I stand with the much vilified and ridiculed Jenny McCarthy. Wackaloon….I like it. Sounds almost as catchy as Conspiritard….but I digress.

My recent research on the topic of vaccinations had me delving into the history of the practice and events that have been linked to the practice of injectable “preventative medicine.” As I am a veteran navigator of the fetid fever swamps of the Conspiritard fringes of the interwebz, I found a plethora of websites that attributed a number of historical events that are officially considered organic “outbreaks” of deadly and debilitating diseases…like the Spanish Flu and Leprosy, to the more modern era epidemics of AIDS, ebola, swine flu and bird flu… all linked to the practice of malevolent and diabolical “preventative medicine” by injection.

Anyone interested in looking into the same corners of the fetid fever swamps of Conspiritard land that I did, should start here: Online Books by William Tebb.

To summarize….from a mind shielded by my hand-fashioned tin foil barrier from the hysteria inculcated by mass media and converged institutionalized indoctrination, and understanding the way in which the controllers of our Brave New World Order use Abracadabra and their satanic principle of inversions, I’ve come to the inescapable conclusion in my Vaxx-fevered mind, that the very thing we are supposed to gaining protection from by getting vaccinated, is it’s precise source! 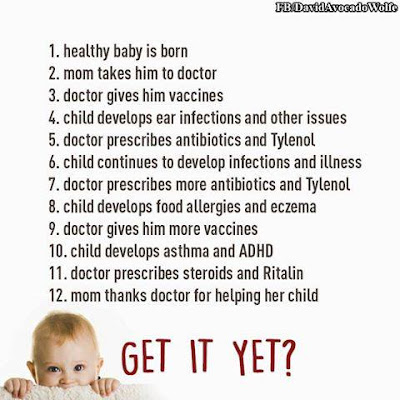 Of course, I must end this post with the obligatory disclaimer. I am not a Doctor, nor do I play one on teh Interwebz. Don’t take your healthcare management advice from me. I’m just a Wackaloon Conspiritard that dares to do my own research and think for myself and ignore the conventional wisdom of mass media approval and the scientific-community-consensus. 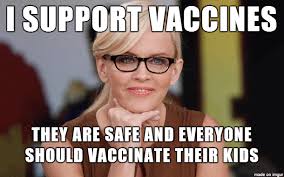 According to USA Today, a survey conducted by the American Psychological Association found 72 percent of its 3,000 respondents were stressed about money. Interestingly, most people who feel this way also think they will be able to earn their way out of whatever predicament is triggering their worries. While making more money is a worthy […]

Leaked footage shows a US TV anchor complaining that editors “quashed” a story about paedophile Jeffrey Epstein due to pressure from the Royal Family. ABC’s Amy Robach is seen in the clip griping that her interview with an alleged victim of Epstein and Prince Andrew never made it to air. “The Palace found out and […]

If you drive a car, you must have auto insurance — period. This has led people to look for ways to pay less for it. In almost every instance it boils down to minimizing the degree of risk you ask an insurer to bear. In the past, this has taken the form of higher deductibles, […]