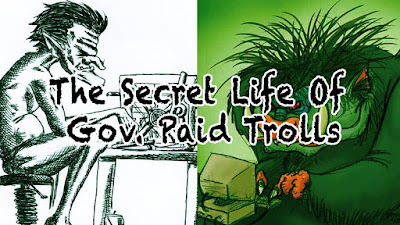 Everyone on teh Interwebz is aware of trolls, trolling behavior, and people who leave comments or post in forums that seem to follow a particular agenda of disrupting, dividing, or degrading the quality of discourse on a wide variety of topics.

Many people seem to be under the assumption that most trolls are not a problem, and simply loser-basement-dwelling creeps with nothing better to do than seek cheap thrills by ruining the overall experience for those folks who are genuinely interested participants in what they think are intellectually honest, online discussions.

…The crusader-troll attempts to DISQUALIFY DISQUALIFY the blogger by presenting alternate narratives to the blog readers.”

In the case of Vox Day, he’s certainly correct that trolls aren’t really a problem on both his Vox Popoli and Alpha Game blogs, since he is quick to identify and ban any obvious trolls that appear in his prodigious and popular comment threads.

But while the obvious trolls are easily identified as unhinged ideologues and usually true believers in the $ocial Justice Warrior cause (indoctrinated liberal progressive adherents of cultural marxism — useful idiots,) I believe the other, more insidious types of trolls, the paid shills and psy op agents are far more pervasive and common than honest to goodness “trolls.” – a.k.a. stunted individuals looking for cheap thrills by being an asshole on teh Interwebz. 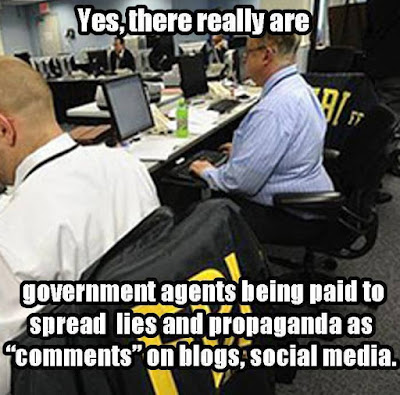 These shills are trained in tactics to generate a “desirable outcome” of promoting and reinforcing an established narrative, and they are paid for by shady business fronts laundering Government agency funds in service to a covert agenda of FedGov PsyOps, all to promote and reinforce PC establishment propaganda.

In other words, their exists an entire industry of cubicle farm-desk jockeys who get paid to do nothing more than sit in a boiler room styled setup at all hours and troll teh Interwebz.

Investigative journalist and author, Glenn Greenwald thinks this is one of  the most important stories to arise from Edward Snowden’s whistle blowing.

Over the last several weeks, I worked with NBC News to publish a series of articles about “dirty trick” tactics used by GCHQ’s previously secret unit, JTRIG (Joint Threat Research Intelligence Group). These were based on four classified GCHQ documents presented to the NSA and the other three partners in the English-speaking “Five Eyes” alliance. Today, we at the Intercept are publishing another new JTRIG document, in full, entitled “The Art of Deception: Training for Online Covert Operations.”

By publishing these stories one by one, our NBC reporting highlighted some of the key, discrete revelations: the monitoring of YouTube and Blogger, the targeting of Anonymous with the very same DDoS attacks they accuse “hacktivists” of using, the use of “honey traps” (luring people into compromising situations using sex) and destructive viruses. But, here, I want to focus and elaborate on the overarching point revealed by all of these documents: namely, that these agencies are attempting to control, infiltrate, manipulate, and warp online discourse, and in doing so, are compromising the integrity of the internet itself.

Among the core self-identified purposes of JTRIG are two tactics: (1) to inject all sorts of false material onto the internet in order to destroy the reputation of its targets; and (2) to use social sciences and other techniques to manipulate online discourse and activism to generate outcomes it considers desirable.

One excellent case study of this attempt to achieve a “desirable outcome” is demonstrated by the now infamous attempted cover up and censorship related to the Quinnspiracy.*

During this entire debacle, the Vulture of Critique blog, linked to an article that may have revealed at least one possible source for the seemingly inexplicable and sudden heavy-handed moderation at 4chan:

In early 2008, the owner/administrator of 4chan was approached by representatives af the Arizona ICAC in cooperation with the U.S. Department of Justice and federal Immigration and Customs Enforcement.

The agents approached 4chan’s administrator following a year-long investigation into the site. Of concern to the Doj, ICE, and AZ-ICAC representatives was the routine trafficking of Child Sexual Abuse (CSA) images and links on 4chan.org’s /b/ board among others.

Finally. and also earlier this year 4chan’s servers WERE effectively “seized.” They were moved out of the old data center in Los Angeles and placed into a nearby facility directly controlled by an unnamed federal law enforcement agency. There’s now just plain gigabit Ethernet fiber between the web site’s current tier 1 transit provider and the 4chan servers inside that factlity with no commercial hosting provider involved to speak of. This I have no further information on or what the implications are.

So, folks, if 4chan is now actually a FedGov sting operation since at least 2008, what does that imply given 4chan’s apparent cooperation in the collusion of all the other Gamer-Journo sites and Reddit’s attempted cover up of the “Quinnspiracy?” 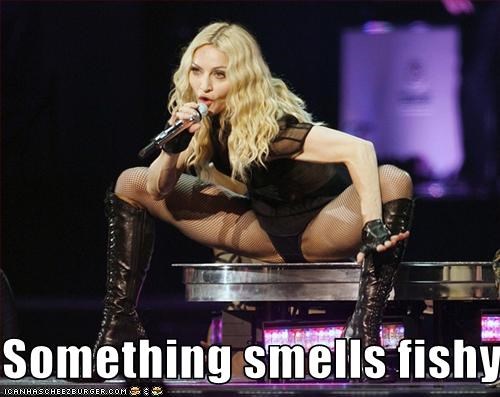 Does all this sound utterly ludicrous and too fantastic to be true? Take heed…as previously noted, in his first term, President Barack Obama appointed Cass Sunstein as the head of the Office of Information and Regulatory Affairs. 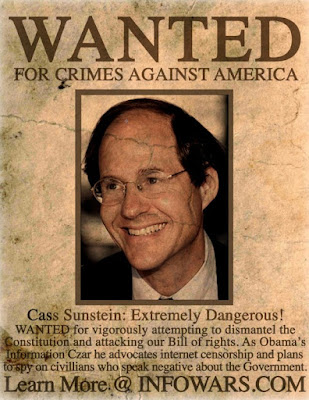 It’s no crackpot theory that the Federal Government of USA Inc. is engaged in psy-op mindwars on teh Interwebz. It’s an openly admitted policy from an administration official who publicly advocated for such measures before he was appointed head of an Executive Branch Office.

But it’s not just FedGov of USAInc. that’s doing this. We are living in the age of converging Globalism. Note the following from The Secret Playbook of Internet Trolls:

I still remember quite clearly the first time I encountered the idea of paid shills infesting the Interwebz. It was a piece entitled I Was A Paid Internet Shill that was originally posted at the Above Top Secret Forum, that quickly went viral. I remember when I first read it, that I didn’t quite believe it at the time.

Despite the Above Top Secret forum moderators locking the thread and declaring the original post was a hoax…it seems to me that ATS got converged and ordered to do some damage control. Note the link to the Truthseeker blog had the following updates posted to it:

Update 1/12/2013: CLN has received a takedown notice asking us to remove this article on the basis that “It is libelous and utterly false” from someone claiming to be a legal agent of Above Top Secret’s parent company. We are currently investigating and will post status updates as they become available. The original thread now appears to have vanished from Above Top Secret’s website.

Update 1/17/2013: We have requested clarification regarding the takedown request and have not received a response. We will provide updates on any new developments.

Somebody somewhere didn’t like this “hoax” existing on the web. In 2012 when I first read the confession, it sounded ludicrous and improbable. At the present, I now believe the original posting is probably true in it’s entirety. The tactics and training described in the post certainly fits the modus operandi of the more obvious cases of shill trolling one can find almost anywhere on teh Interwebz in 2016:

If a poster wrote something close to “X,” we were supposed to respond with something close to “Y.” “You have to mix it up a bit, though,” said my trainer. “Otherwise it gets too obvious. Learn to use a thesaurus.” This section also contained a number of hints for de-railing conversations that went too far away from what we were attempting. These strategies included various forms of personal attacks, complaining to the forum moderators, smearing the characters of our opponents, using images and icons effectively, and even dragging the tone of the conversation down with sexual innuendo, links to pornography, or other such things. “Sometimes we have to fight dirty,” or trainer told us. “Our opponents don’t hesitate to, so we can’t either.” 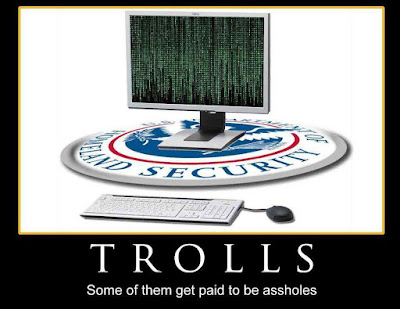 Apparently, the lying and deceit and acting like an asshole became too much for our ex-shill whistleblower to deal with:

After a while of doing this, I started to feel bad. Not because of the views I was pushing (as I said, I was first apolitical, then pro-Israel), but because of the dishonesty involved. If my arguments were so correct, I wondered, why did we have to do this in the first place? Shouldn’t truth propagate itself naturally, rather than through, well…propaganda? And who was behind this whole operation, anyway? Who was signing my paychecks? The stress of lying to my parents and friends about being a “consultant” was also getting to me. Finally, I said enough was enough. I quit in September 2011. Since then I’ve been working a series of unglamorous temp office jobs for lower pay. But at least I’m not making my living lying and heckling people who come online to express their views and exercise freedom of speech.

A professional troll had an attack of conscience? Stranger things have happened….

In conclusion, we must strive to remember that no matter what job any of us do, no matter how hard, laborious or dirty we may get to earn our scrip wages to survive in our Brave New World Order, there is always a worse job than yours. I certainly couldn’t live with myself if my main vocation was being a paid troll.

Confession of a Hillary Clinton Shill

* This post has been sitting in my draft folder for almost two years – hence the links to old articles and citing old news events like the beginning stages of #GamerGate.

I had forgotten about this draft until reading Vox’s recent post at Alpha Game about dealing with trolls, which reminded me I had an unfinished post on the topic.

Have you heard of the so-called “Mandela Effect?” It’s a trending meme on teh Interwebz and it’s making many folks apparently question reality and their grasp of sanity. When I searched for “Mandela Effect” on Infogalactic, I got automatically redirected to the page entitled Confabulation. In psychiatry, confabulation (verb: confabulate) is a memory disturbance, defined […]

“No thank you, I don’t want any shots.” “But you said you think it was a nail that cut you open…do you have any idea what tetanus lockjaw does to you? I’ve seen it, and it is terrible. There is no cure! I’m NOT letting you leave here without a tetanus shot.” “I will clean […]

How Do You Increase Your Borrowing Capacity

Universally, your borrowing capacity may be used in relation to the total amount of loan or credit you are worth. Also, it can mean, the maximum individual limit applicable to you in terms of financing. Borrowing capacities usually vary from one lender to another; this may be down to the fact that there are no […]