Who could have predicted this?

“Women find men more attractive once they find out he is desired by others, a new study suggests. Published in the journal Scientific Reports, researchers from the Universities of St Andrews, Durham and Exeter believe that a man is given an “attractiveness boost” when he is desired by other women. This is because he is perceived to be more kind, faithful and a better father. The study tested the idea of mate copying – where a person is preferred as a future romantic partner simply because they have relationship experience – by showing 49 female participants images of men’s faces, hands and a piece of art. The women were asked to rate how attractive they found each image before being shown the average rating given by the rest of the group. Interestingly, when the women were asked to re-rate each image shortly after, their answer changed in favour of the social information.”

I believe the rise of mass entertainment over the past century has skewed female desire upwards towards a tiny tier of top-rank men. 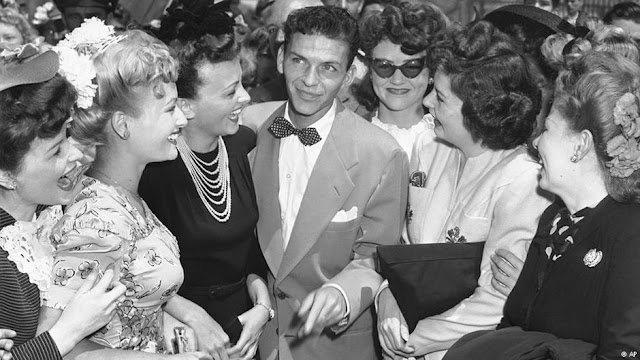 The reality of these men may or may not be impressive; however, the pre-selection of mass culture – no matter how manufactured – makes them desirable.

Would Susie be happier with Frank Sinatra as opposed to Joe with the plumbing company on Highway 35? Maybe, maybe not, but unless a group of local ladies are inexplicably excited over a man with mastery of copper pipe fittings, Susie is going to be more attracted to Frank.

It’s something that eats at men who don’t understand female desire.

“How can I get a girl when a girl only wants a guy who already has a girl? And how come the player ended up with the nice girl who should have been attracted to me. I’m a great guy!”

Yeah, you may be. But you need to understand female wiring.

Men who are successful with women don't feel the need to denigrate them.

Why? Because if you ARE successful with women or in life you are born with good genes, possess social skills, intelligence, put effort into being successful, take care of your appearance, get positive results in what you set out to achieve and are rewarded for your success. It’s like the people who say money is […]

The experienced folk have read this all before. This is for the people that haven’t. And for myself, because writing my thoughts helps out them in order. A man becomes so sure of himself through self care that he starts to believe no woman can diminish him. As the man commits more time to the […]

How do you handle it? I have been quite frustrated lately with this. Slow returning texts, etc. My thoughts are it is low interest or game playing As frustrating as it is, the only solution I have come up with is to tell them "Give me call when you are free to get together" and […]